Counter Strike and a Tournament Script

I used to play a lot of Counter Strike back in the days. I would wake up everyday at 12pm and practice with my teammates for an hour until the first tournament of the morning would start registering teams at 1pm. We would go first on the quakenet channel #uyr-tournament which was the biggest tournament on IRC at the time, the very best players of all Europe would meet there.

There's even a pretty popular video which was made of this tournament.

If we didn't get in, which happened a lot during busy day where high players from famous teams were signed up first, we would find another tournament. Tournaments on Quakenet were flourishing, it was back in 2006 and I've never seen as much players on this game since.

At 9pm, channels everywhere on IRC would start a new round of tournaments. The exact same thing would happen, we would join the channel, PM the @admins and ask to get signed up. We would then wait for the tree to be created to know what team we were going to play against.

For an hour the list of teams would slowly get refreshed on the website. It's not that teams were coming in slow, but the staff wouldn't let in "any" team. They would wait for the big teams first, and always leave 3 to 4 spots for the last moments. In case, you know, some PGMs (pro gamers) would try to join in.

If we lost in the middle of a tournament, we would just wait until a winning team had a "leaver" (one player that has to stop playing) and ask one of us to play. If not we would practice until the next round of tournaments would start (at 1am). 3 tournaments per day, that was good practice.

Eventually we got known amongst the staff and the community and players learned to fear us. But that's another story.

I wanted to be more than a great player at that time, and fortunately I could code. So I decided to offer my service to one of the biggest tournament at that time : the #Rush-Tournament. The story goes on and on about me creating one of the biggest IRC channel, getting "take over" multiple times until admins trusted me enough to give me supreme rights. Rights that I took from them as well (I was a kid). 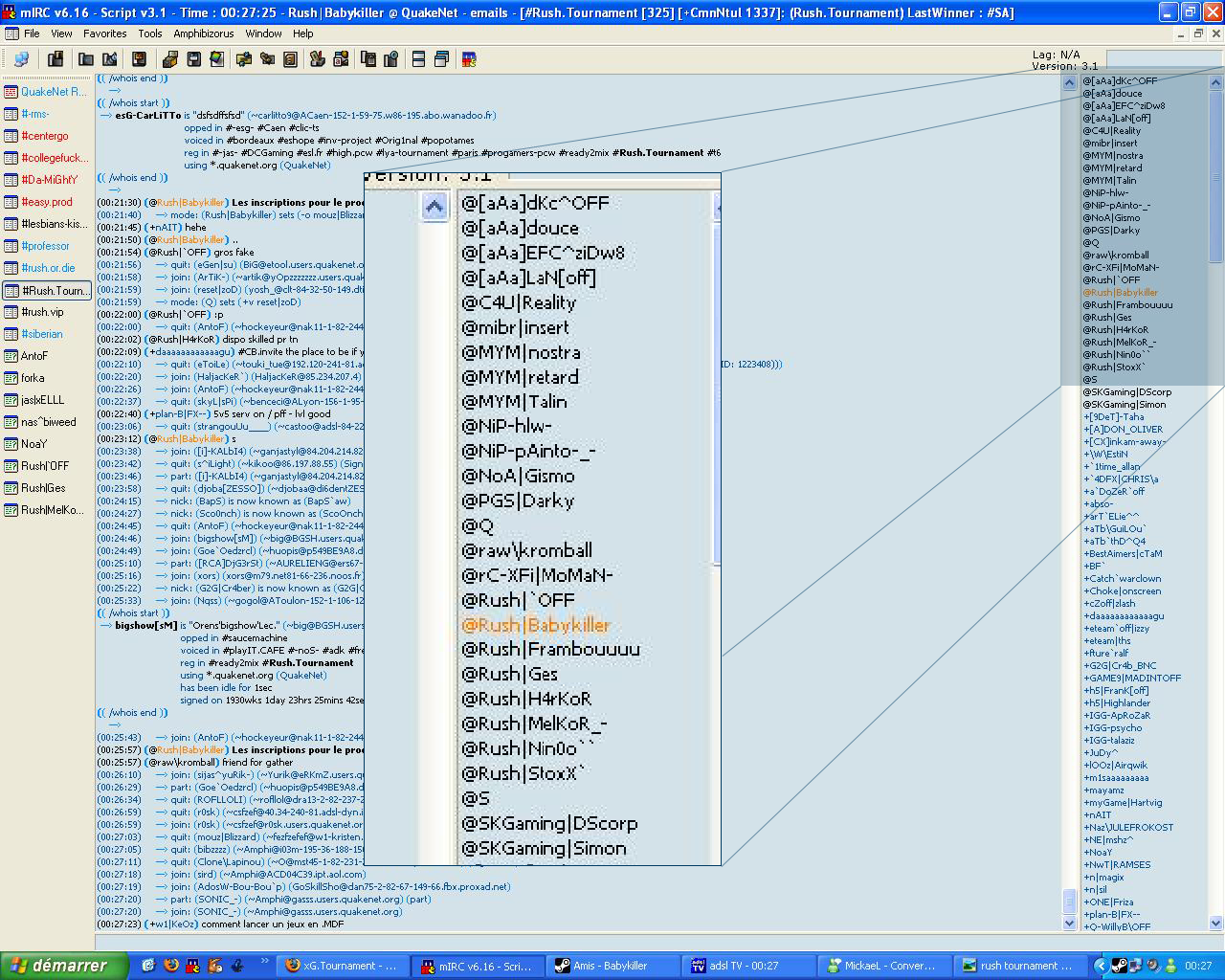 I gave the guys over #Rush.Tournament a website. People told me it sucked because it wasn't made with CSS, so I learned CSS. And then I figured I could use this script for other channels that were asking me for a webpage as well.

I started asking all the french tournaments (of any game) if they wanted a well-made tournament script with a PHP administration (it sounded really good back then). It worked, and then a demand started growing in other countries of Europe as well.

In my coding life, this is the only time where my code was actually "used". I had found a niche who had no programmers to cherish. And as shitty as I was, I was happy to provide people with something they could use. In a year, thousand of tournaments were created thanks to my script. In 9 different languages (french, english, swedish, romanian, portugese, spanish, italian, finish and german). I remember asking friends I made over IRC to help me translating, that was fun as well.

Here is the script in action : 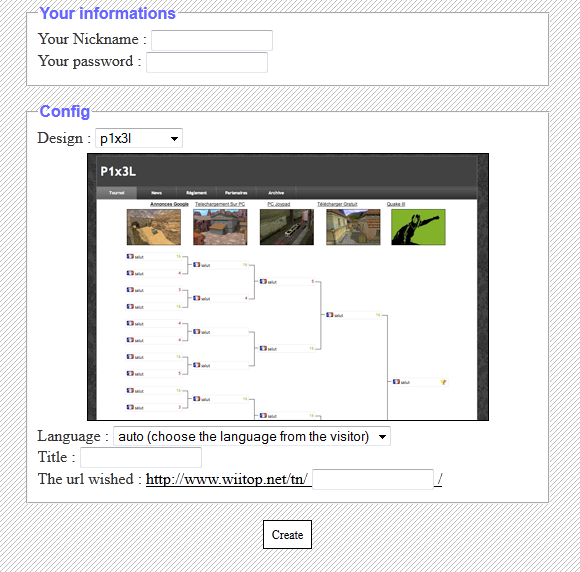 Creation of the Page 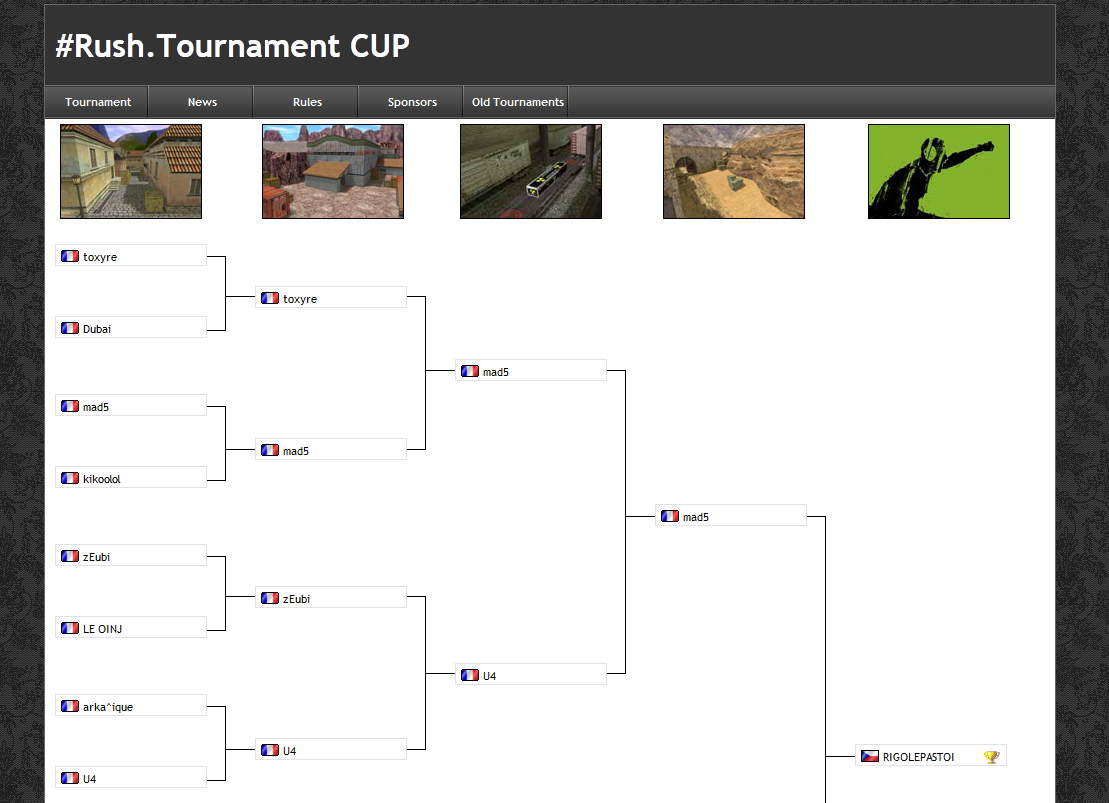 The tree displayed on the page 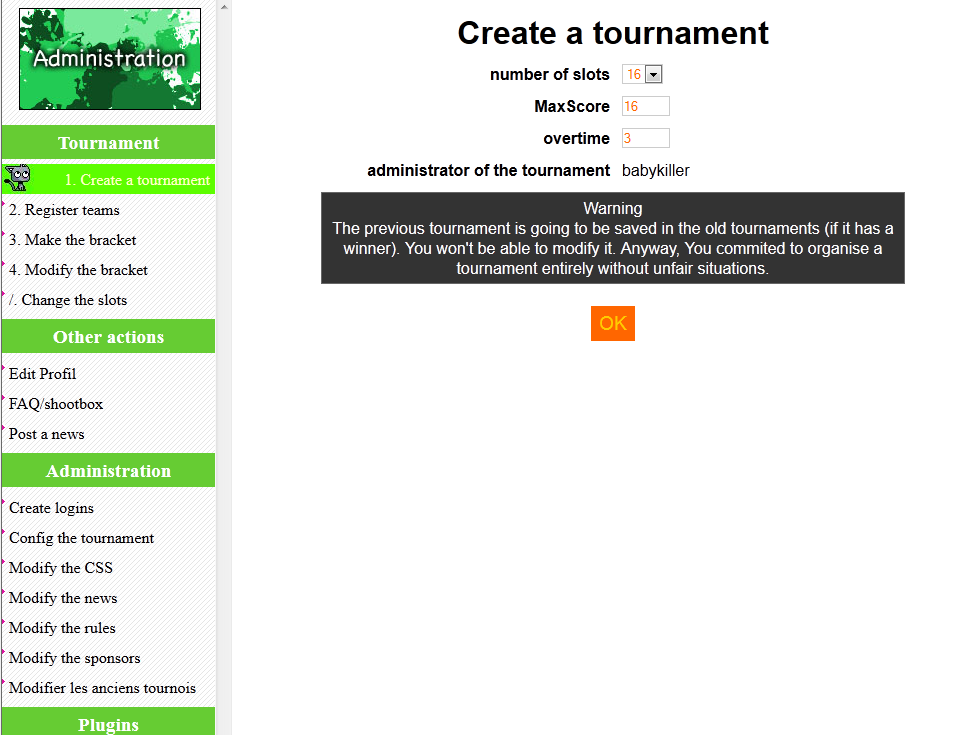 From the admin point of view, when you want to start a tournament + the crappy menu on the left 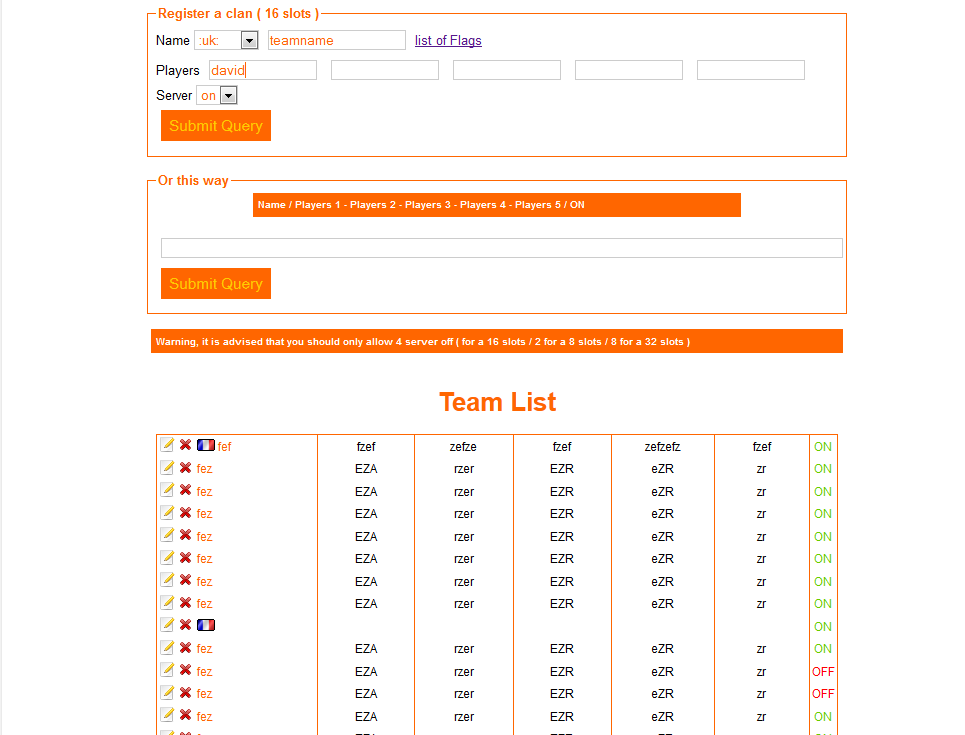 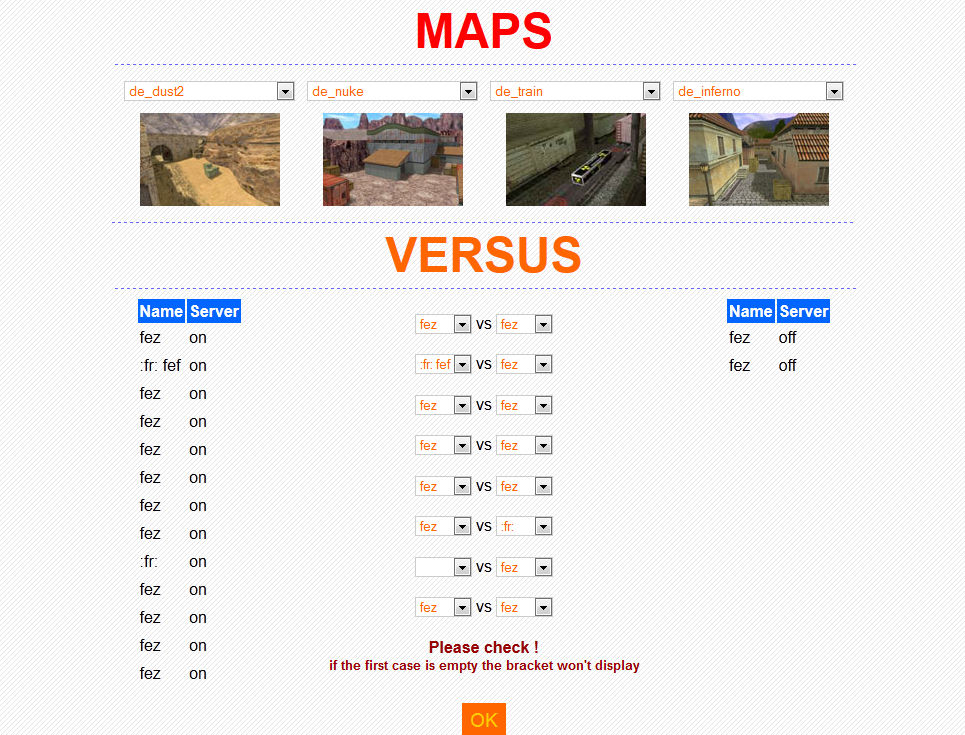 Modification of the tree during the game
I miss this period of my life. I miss the adrenaline of a tournament, the joy of winning against the bests, the feeling of playing and training with friends. I miss coding an app that was truly useful for people. I don't miss IRC and how much time it unnecessarily took from me.